Figgie is a card game that was invented at Jane Street in 2013. It was designed to simulate open-outcry commodities trading. Most of the skill in Figgie is in negotiating trades that benefit both the buyer and seller. Like in poker, your objective in Figgie is to make money over a series of hands.

Figgie games can be played by 4 or 5 players. Beginning with $350 each, players buy and sell suits from each other: spades (

) are black suits, and hearts (

Each Figgie deck contains 40 cards: two 10-card suits, one 8-card suit, and one 12-card suit. The suit matching each count is random and is not known to the players until the end of the hand.

Only one special suit, the goal suit, has any value.

The goal suit is the suit that is the same color (black or red) as the 12-card suit.

The goal suit can contain either 8 or 10 cards. All other suits are worth nothing.

OUTLINE OF A HAND

• Players automatically ante even shares to form a $200 pot

• All 40 cards are distributed evenly among the players

• At the end of trading, players collect $10 from the pot for each goal suit card that they own

• Attempt to deduce the 12-card suit to determine the goal suit
• Accumulate goal suit cards while selling cards of other suits, as long as the prices seem worthwhile
• Finish with the most goal suit cards and collect the bonus

SET UP AND DEAL

To play Figgie, sign in and join a game on the “Games Starting Soon” list, or hit the “Create Game” button to create a game of your own. Once all of the players have declared themselves ready, the host can start the game. 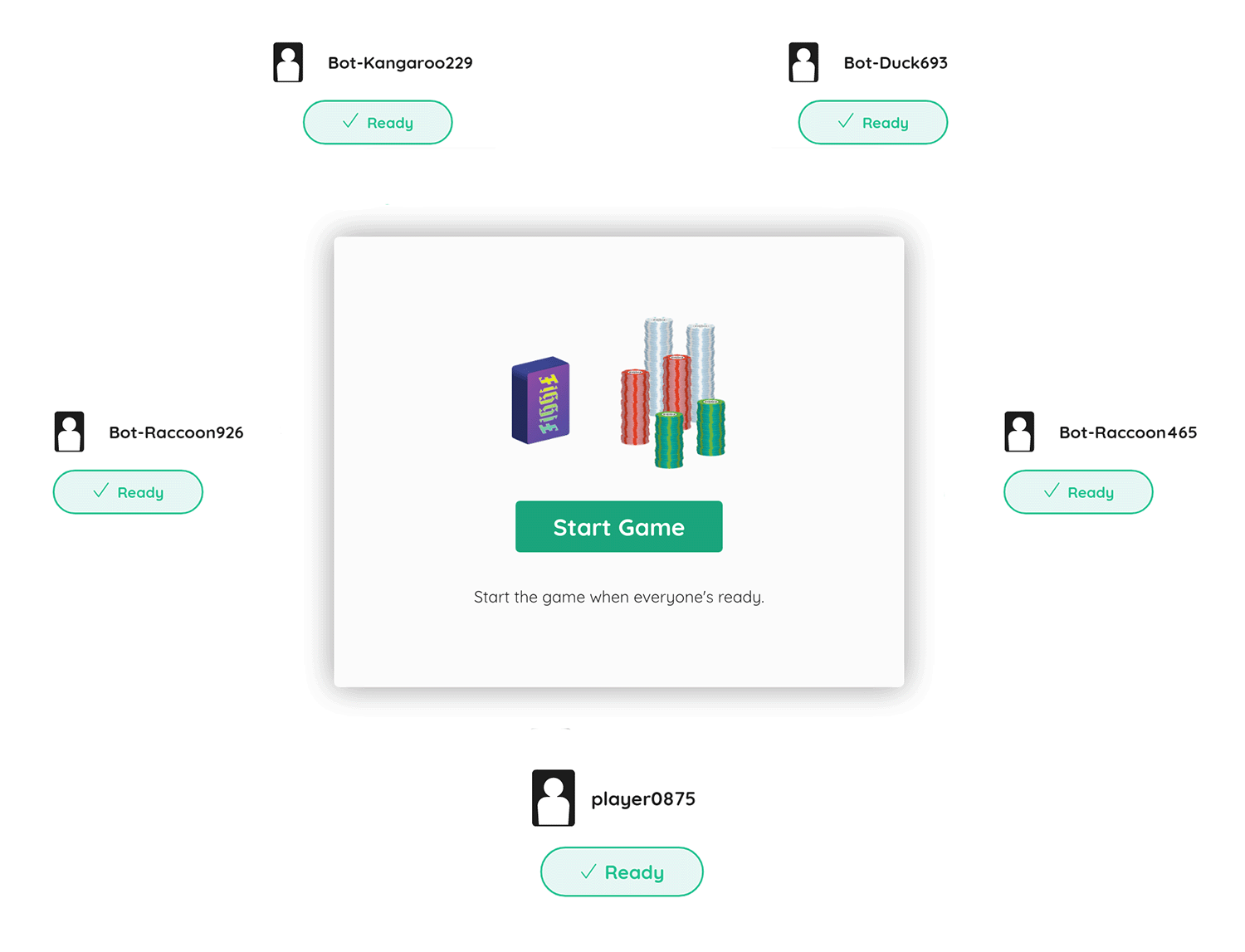 Players negotiate trades for suits by performing the following actions:

• Place a new bid or offer by manually typing it into any suit's "bid" or "offer" entry. You can also use helper keys to bid (b) or offer (a) any suit (s,c,d,h), followed by the amount, then enter.

• Buy or sell a card by clicking any offer's "buy" button or any bid's "sell" button for the displayed amount. You can also use helper keys to buy (ff) or sell (aa) any suit (s,c,d,h), followed by enter. 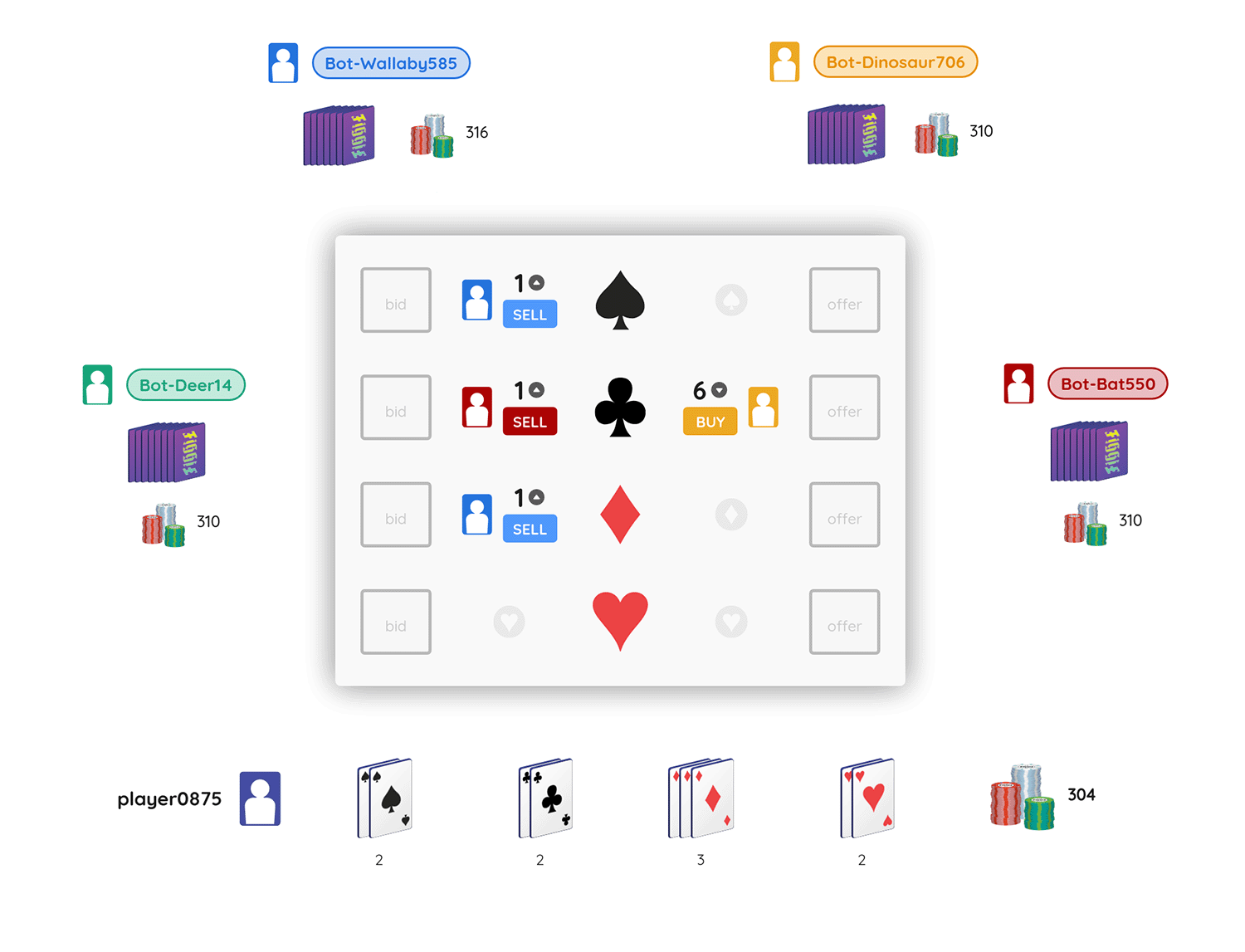 Players do not take turns: any player can perform any of these actions at any time during the trading period.

Players may only trade one card at a time. After each trade, all quotes in all suits are automatically canceled and players must enter fresh quotes before anyone can make another trade.

Players can continue to bid, offer, and trade until the 4 minutes is up. Players will not necessarily end with the same number of cards as they started—in fact, they may end with no cards at all!

After the timer runs out, all of the players’ hands are shown, the goal suit is revealed, and the pot is automatically distributed according to the number of goal suit cards in each player’s hand. If multiple players tie for owning the most goal suit cards, they split the remainder of the pot evenly. After each round, players are ranked according to their cumulative bank amount.

The game’s host has an option to view a “replay” of the round where the state of the round can be viewed at the point of any action. The host can then choose to begin another round or end the game. 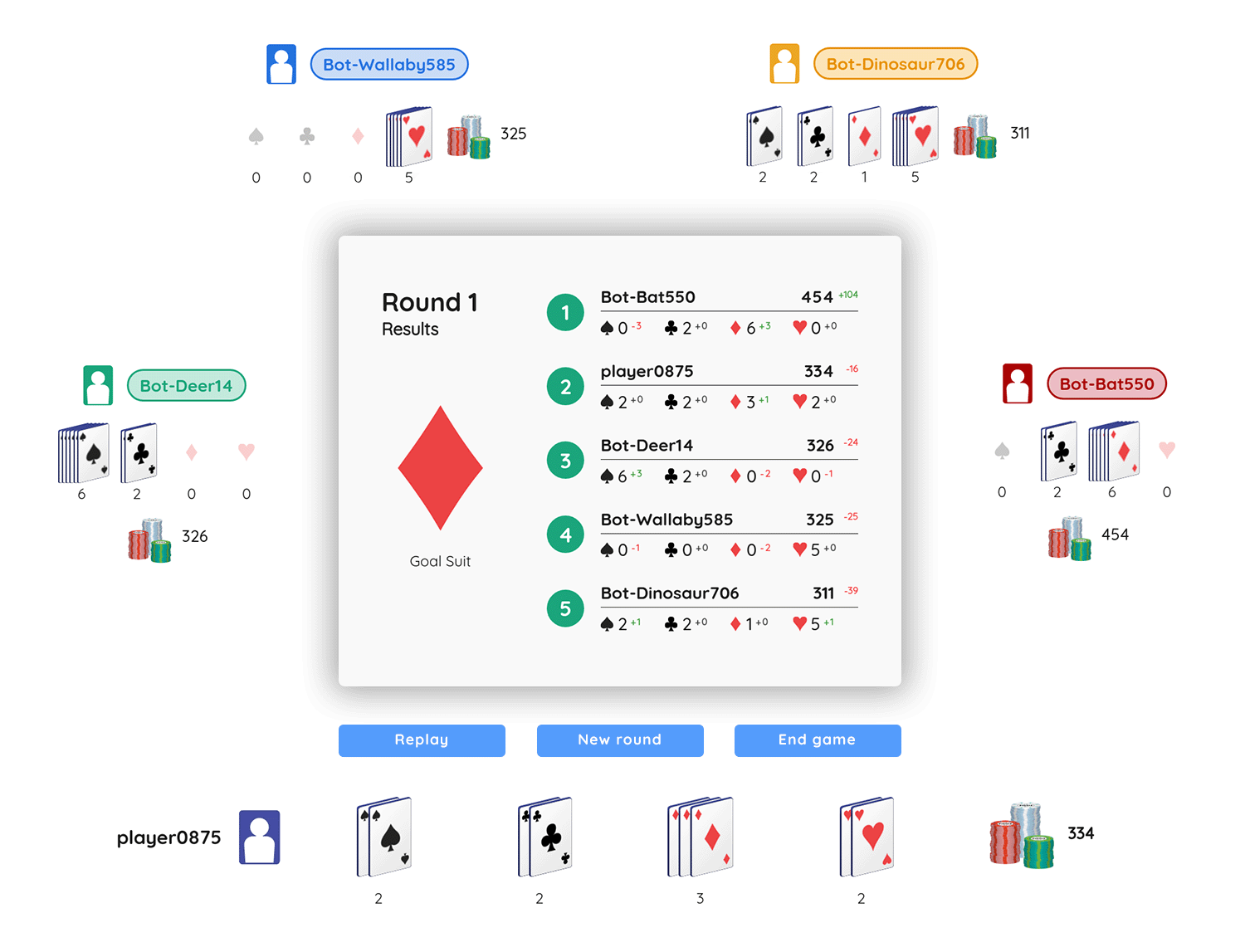 Your objective in Figgie is to make money. The right way to do this depends heavily on your starting hand and your observations of the other players during the trading period.

While there is no need to play Figgie for real money, you should behave as if you are playing for real money and make decisions that maximize your long-term profits. Just like in poker, play as many rounds as you’d like, then count your winnings to see how you did.